A Good Day is Seemingly Rare in this Day and Age

St. Patrick's day was a success on my end. Got a little tipsy, hung out with a couple of friends, listened to music, and had a good time. Malt liquor may be the greatest invention of all time, mainly for poorfags like me.

But, I have a bit of good news. First, I was contacted today regarding a job offer. Nothing super exciting, just a data entry position for an insurance company. But still, a job is a job, and it will give me a chance to get on decent financial footing for the future.  I've got an interview set up for next Tuesday, so it's a start.

Now, today also brought this little jewel in the mail: 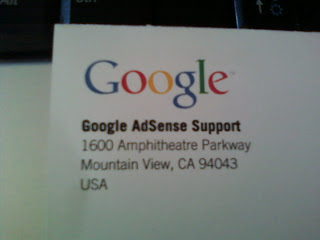 To finish up my good day yesterday, three things happened.  The first is that a friend of mine who I haven't seen in over a year is returning for a visit, which is pretty awesome.  He's a good guy, and he moved to Chicago after hie and his girlfriend called it quits.  The second is that I have officially burned a bridge between an ex and myself, allowing me a chance at recovery from the fucking scorched earth campaign that was our relationship.  I wish her all the best as she returns to the volatile hellpit that spawned her.  Finally, at number three, the University of Wisconsin Men's Basketball team advanced to the next round in the NCAA tournament.  I'm not a huge sports fan, but the Badger's are my team, so best of luck to them.

As for the construction, look for it next week.  I may also change the format of my blog: instead of a self-deprecating blog of personal failure, I may add something to that.  A return to my original intent perhaps, a blog that is not only autobiographical but a showcase of my attempts at creativity.  We'll see.  Maybe a job will give my life the structure it needs
Indicated as Unimportant by Generally Disgruntled at 6:42 PM