Best Albums of 2011 Part I: The Soundtrack that Plays as You Stare at the World and It Stares Back at You and You Think to Yourself "Fuck This Place. I'm Out"

It's a joke, get it?  I hope so, for your sake.  I'm going to breakdown some metal for you bitches, specifically the Best metal albums released over the past year.  No, this is not opinion.  IT IS FACT.  Fact: my musical taste is the best in the world.

Lies.  It's biased as shit. Even within genres because it's biased towards subgenres I prefer over other ones.  I did not listen to much death metal this year, so no actual death metal appears on the list.  You get it?  Good.  Then, without further ado, the best metal releases of the year 2011, year of the cat.

Today is the Day is a storied extreme metal band with a long history.  A long, frenzied history of fucking craziness.  Their sound is complex, and their discography is long.  Many of their recent releases have been marred by lackluster sound and a withdrawal away from their traditional, complex sound and skill.  That said, Pain is a Warning succeeds in rectifying this.  It's a bombastic blast of intense noise that grips your brain and skullfucks you into submission.  Let's face it, we all need a good skullfucking.
Favorite Track: 3: "Pain is a Warning" 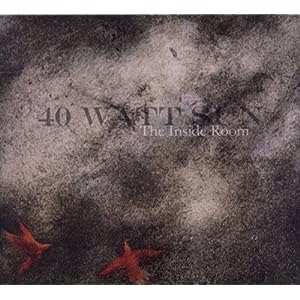 I love doom metal of all kinds and all sorts, from the bleak, throbbing bass of bands like Electric Wizard to the marijuana-induced intensity of bands like Sleep to the Black Sabbathesque tradition of Candlemass.  It's slow, it's heavy, and it's awesome.  So I was surprised by 40 Watt Sun.  The instrumentals carry the intensity of traditional doom metal, but the vocals are much lighter, and much more melodic.  I'd engender it to be more of a "melodic doom metal."  If you enjoy music heavy, but your vocals clean instead of the rage-induced bellowing of an angry metal god, definitely check it out.
Favorite Track: 4. "Carry Me Home" 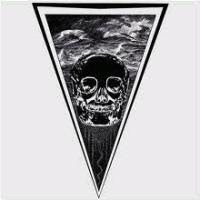 It's only three tracks long, but it's still a forty minute album.  Usually a good sign with metal.  Especially here.  It's black metal, but not your dad's 90s black metal, although the influences are definitely heard.  It's atmospheric black metal, and like any "atmospheric" metals, the music isn't about what you hear individually, but what you hear together, and the sense of an intense, driven backdrop that the music creates for itself.  Here, Ash Borer pushes forward, establishing that backdrop of sound while throwing punishing blast beats, double bass, and screeching guitars with dense vocals on top.  It's not mood music for making love to your wife; it's mood music for fucking your way out of the depths of an abyss.
Favorite Track: 2. "Rest, You Are the Lightening"

Metalcore is always one of those sub-genres that gets a shitty rap.  The days of pioneering bands like Earth Crisis are over (despite Earth Crisis releasing a decent album this year), where you had Hardcore punk bands charging headfirst into metal with the same passion and ferocity that gave rise to hardcore punk to begin with.  Now, when someone thinks metalcore, they most likely think angsty teenagers with gauged lobes and fifty dollar haircuts in skinny jeans throwing elbows in a jumbled mosh pit while aged fans look on and shake their heads.  Cave In is the example of triumph of excellence over genre.  Cave In has a history of excellence from their entire discography, and White Silence is no exception.  Passionate, ferocious metalcore backed with integrity and musicianship and a dash of surprise experimentation add this gem to an already stellar repetoire by a great band
Favorite Track: 4. "Vicious Circles"

6. Primordial - Redemption at the Puritan's Hand

I've never been much for an overbearing amount of Folk Metal, but I enjoy some of it.  It's a wide a varying subgenre, from the acoustic and traditional sound of Finntroll to the heavy, atmospherics of Agalloch.  Primordial is a little of both, but definitely heavy as shit.
Favorite Track: 8. "Death of the Gods"

I have a love/hate relationship with grindcore.  I love it because it has produced some of my favorite metal bands ever: Pig Destroyer, Nasum, and Agoraphobic Nosebleed.  I hate it because so many times, it sounds too much the same, and loses it's crazed, strung-out edge due to mediocrity.  Never inside another genre have I seen highs so high and lows so low.  There's almost no middle path here.  So I was skeptical.  A band I've never heard of in a genre that can, at times, be complete shit.  I was pleasantly surprised.  Defeatist is everything that is pure, and aggressive and brutally psychotic about Grindcore.  Tryanny of Decay is not for the faint of heart, but goddamn, it's so violent and it's own macabre and beautiful world, like if someone stabbed the subject of a Norman Rockwell painting to death
Favorite Track: 8. "World Left Behind."

4. The Atlas Moth - An Ache for the Distance

SLUDGE METAL!  Heavy, slow, and completely fucking awesome.  Plus, a nude chick all over the album art, which is always a plus.  I missed an opportunity to see the Atlas Moth live here in Wisconsin while touring with another artist who appears on this list.  They flirt between the line of more traditional sludge metal, and that of atmospheric sludge.  In the end, the complex sound is a hammer on a bell that sounds deep within your head, calling up some ancient, melancholy feelings that you cannot put into proper words.  A twisted, beautiful monstrosity.
Favorite Track: 6. "25s and the Royal Blues" 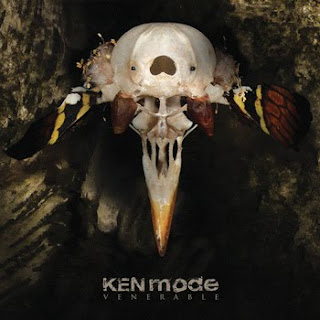 This is another Sludgy release, but in the vein of a different band: combine it with some post-hardcore in a blender, and you have the spiritual successors of Sweden's Breach.  They were touring with the Atlas Moth, but ultimately, I couldn't make the show.  Which was a crime.  It is a faster metal, but the crushing tone of sludge is there over the fast-paced  brutality.  It's a heavy, genre-defying mixture to the core.
Favorite Track: 10. "Mako Shark" 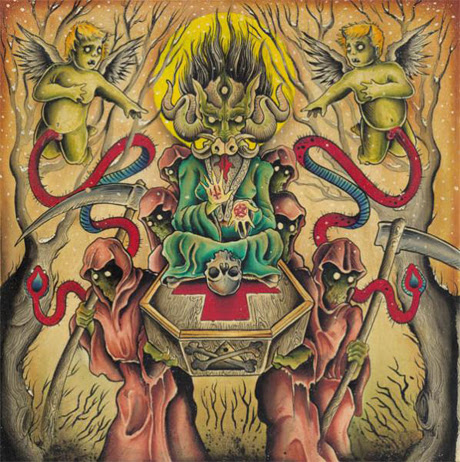 So here's where it starts to get similar.  Barely.  While Pulling Teeth fills a similar subgenre to KEN Mode or Atlas Moth, they make it there own monster, a twisted, diseased lumbering beast moving towards its ultimate destruction.  The influences are so many, and the sounds flow together into one singularity.  This album is so fucking awesome.  I can barely contain it.  There's just one reason why it isn't number 1...
Favorite Track: 10. "Whispers"

That reason?  Because fucking Mastodon decided to release an album this year.  And I can't say no to fucking MASTODON

1. Mastodon - The Hunter
This is unlike any album that Mastodon has done before.  To a point.  It's not my favorite of their's (Leviathan), and it's definitely one of their more approachable to a wider audience.  But it's a killer fucking album.  The difference isn't in its sound, it's in its presentation.  All of Mastodon's four previous albums were conceptual in nature, following a unified theme and story elements.  The Hunter does not.  There's nothing wrong with that, necessarily, but it did take me a bit to adjust to after being familiar with previous album structures.  That said, another great release by a great band.
Favorite Track: Fuck.  Can't Choose. All of them


That said, stay tuned for two more parts. It's a trilogy of posts, bitches. Listen to these albums here, and wait for more great ones to come.
Indicated as Unimportant by Generally Disgruntled at 7:41 PM