Thanks to you guys for being supportive when I was kind of down in the dumps.  It's in the past now.

Yesterday I went to the Milwaukee Public Museum with two friends of mine.  It was a kind of get out of town for a day scenario.  I've been to MPM a few times in my youth with family and for school trips, but it had been over a decade since I've been there.  Not much has changed.

However, during this time, MPM is host to a exhibition showcase called Mummies of the World.  It was awesome, and extremely creepy.  Not only did the exhibit include traditional Egyptian mummies that we have all come to know and love, but it also had several mummies from South America, Asia, and Europe (Including bog mummies).  A few interesting tidbits of information: indigenous people of Argentina and Chile began using the environment to preserve their dead before the practice began in Egypt, the unintentional mummification of the deceased has occurred in European Crypts, and when the mummies have a traceable name and a history, they are even creepier.  I'm a pretty jaded individual; I can deal with gore and all that good stuff, but there's something unnerving about looking at something that used to be a person.  I couldn't go near the coffin at my mother's funeral two years ago because it was just unnatural, and as much as I find mummies fascinating, looking at bodies in such a manner seems to trivialize death.  There were two instances at the exhibition that were the creepiest: first, the uncanny amount of child mummies on display.  A lot.  And in the exhibition, you see children with their parents, and then look over at something that was once as vibrant and alive (and annoying) as those talking and moving around you.  Second, the last 5 mummies in the exhibition have names.  They were found in German crypts, and they have names.  A nameless mummy is one thing, but these people have names, and you can read their histories and know their life because it's all documented in records.  They only died 200 years ago, and here I am staring at their corpse.  Awesome, interesting, and completely fucking creepy. 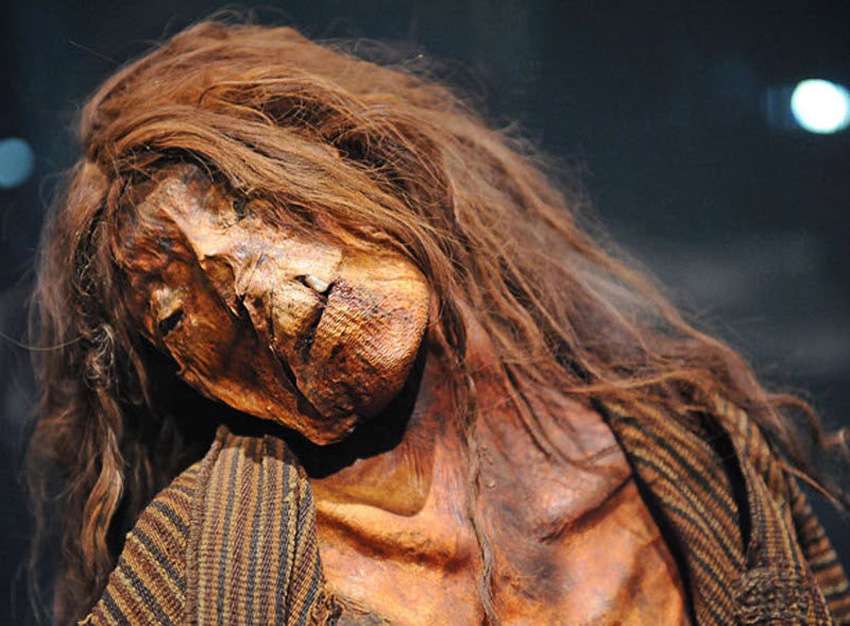 All in all, though, it was a great day
Indicated as Unimportant by Generally Disgruntled at 2:12 AM