Best albums of 2011 Part II: When Life Gives You Lemons, Rage Against the Future, and Party Until the Morning Comes

That's right, baby, it's time for some good old-fashioned PUNK RAWK!  Part two brings a collection of, in my humble, awesome opinion, the best punk and punk-related albums released in the year of our lord 2011.  Also, thanks to Elliot for sharing his top three in the comments of part the first.  I gave them a listen: you're right, they're very good (I especially enjoyed Destroyer), but outside of my usual listens.  So without further ado, here we go

From the homeland of Powerviolence's storied heroes, Charles Bronson, just a bit south of me in Dekalb, Illinois, comes the insane, panicked frenzy of Weekend Nachos.  One part powerviolence, one part hardcore, completely fucking insane. It's a show-stopper of an album, and a fucking great release.  It's innate, chaotic nature just eclipses the sense of wrongness about it, cascading a wall of aggression to lay siege to your eardrums.
Favorite Track: 3. "Black Earth" 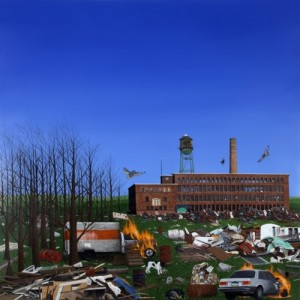 This album was a shocker.  It was a band I was completely unfamiliar with, and I had no real expectations to go with when I started listening to.  Floored.  They are a poppier punk, or an emo if you will, but not like the shitty manifestations of emo from the 2000s, the 90s emo circa Sunny Day Real Estate.  The vocals have that rougher edge to them, but the instrumentals don't get much more emo punk than this, and really draw the connections to emo's punk roots.  I'd almost call them roots emo, but seems pretentious as shit.  I view them as a sort of spiritual successor to the legendary New Jersey band Lifetime, but with a more traditional emo bent to it:  Good, clean, fun, and fucking punk as shit.
Favorite Track: 8. "Where am I?" I fucking love Bomb the Music Industry.  They have amazing DIY ethics, their albums are available at Quote UnQuote Records for donation only, meaning you choose what you pay (7 bucks from me so far), which is a business model for musicians I have a tremendous amount of respect for.  Also, they do not take themselves very seriously, which is generally a sign of a great punk band, and their frontman, Jeff Rosenstock, comes off as such a cool guy.  Vacation is an incredibly ambitious album, and it pays off.  It moves across a wide variety from saccharine sweet to pure punk, but the vision remains intact and pure.  They don't remove themselves from it, and embrace a continued transition from their almost decade-long existence.
Favorite Track: 1. "Campaign for a Better Next Weekend" 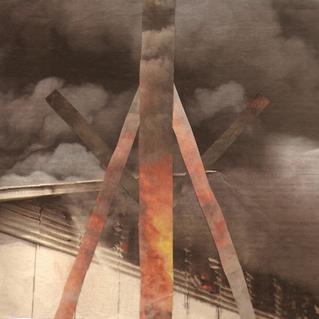 Post-punk.  Like delicious post-punk of the Fall or Gang of Four.  It's pretty spectacular.  I have not listened to a new post-punk album of this caliber in a while.  The really surprising thing, is these guys are like 20, yet they channel the spirit of late '70s post-punk to the core.
Favorite Track: 2. "White Rune"

6. Touche Amore - Parting the Sea Between Brightness and Me

Post-Hardcore.  Great Post-Hardcore.  Much like my mention of metalcore and grindcore in part 1, Post-Hardcore is one of those genres that started with the greatest of ambitions, but devolved into scene kids ripping off other scene kids.  What started with luminary hardcore bands in the 80s pushing the envelope of hardcore punk further down the line, today, many bands are associated with white belts and tight pants with mediocre to terrible posings of music.  Touche Amore is not one of those bands.  The continue using the concepts of post-hardcore give a gut-wrenching album that drips with raw emotion and passion.
Favorite Track: 3. "The Great Repetition" 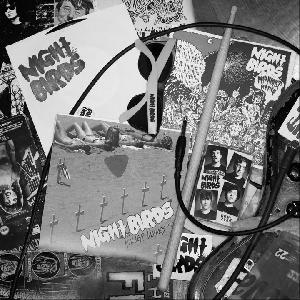 There is really only one way to sum this album up, courtesy of the great Mitch Clem of the Punk webcomic Nothing Nice to Say, which is the way I found this awesome Surf-Punk Band: 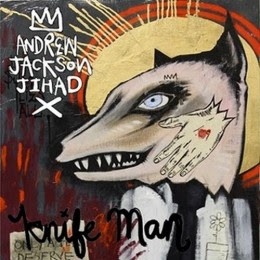 I fucking love this album.  I've never been much for Andrew Jackson Jihad beforehand, but goddamn, this album is fantastic.  They run across this huge distance, mostly comedic and fun, but with quite a few sentimental moments.  It's catchy, and guaranteed to stick around in your head forever.  In a good way.  Goddamn fun and awesome.
Favorite Track(s): 4. "Backpack"  5. "Distance" 7. "Hate, Rain on Me"

Hold onto your ear-vaginas, ladies, because Young and in the Way is going sonically rape them.  Fucking jagged, speedy, Hardcore Crust punk.  It's a volatile mixture, taking the inherent heavy-ness of Crust Punk and tossing in some amped up hardcore into the mix.  It's like a mixed drink: you add some ice cubes to the glass, dump them out, and fill it with half everclear and half 151.  Toss back and feel you liver begin to try to tear itself out of your abdomen from the sheer brutality.  Yeah, that's kind of like this.  Plus, there are tracks named for Lovecraft.
Favorite Track: 6. They Should Greet Me with Howls of Execration 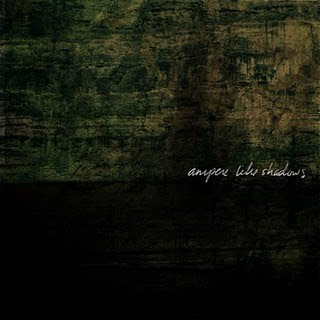 If anyone can make a 13 minute album into a screamo masterpiece, it's Will Killingsworth from Orchid.  This is Ampere's first full length album, and hearkens back to the heyday of Screamo, with bands like Orchid and Page 99 leading the pack in great chaotic hardcore, instead of it being a fashion trend for "extreme" teens.  Maybe I'm being harsh here, because a thriving scene does exist underneath the popularized bands, full of talent and amazing bands.  Ampere is a driving beast in that scene, cutting straight to the bone.  It doesn't get much more fucking crazy and frenzied than this.
Favorite Track: It's 13 minutes long.  So All of them.

Now, drum roll.  Because Number 1 is an obvious one:

1. Fucked Up - David Comes to Life
I have already discussed this album when it blew me away back in june. So, you better have listened to it already.  Because words can almost not do it justice.  This is, hands down, my favorite album of the year, and is quickly gaining ground to be one of my favorites of all time.  It's a complex narrative about love and loss, and ultimately, a man being able to rise above his own pain.  It resonates so heavily, Damien Abraham's vocals pounding against a wonderous backdrop of music provided by incredibly skilled musicians.  Words can barely justify it.  I fucking love this album.  And, the music video to "Queen of Hearts" is pretty neato.
Favorite Track: Don't make me choose.  The journey that each song takes you on makes it impossible for me to pick a sing one.  Instead, here's a couple of videos.

So there's part two.  So we're almost done here.  Listen and love, amigos, listen and love
Indicated as Unimportant by Generally Disgruntled at 3:53 AM